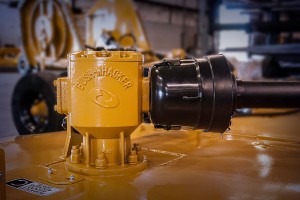 In the early 1920s, G.L. Turner started his North Little Rock Arkansas business, The G.L. Turner Company, as a statewide distributor of parts for horse-drawn plowshares. In 1951, G.L. passed away, leaving his wife and bookkeeper in charge. The two soon realized they were unable to effectively operate the business, so it was sold to Joe Steinert, a local businessman.

Given the changes in technology, Joe had a different vision for the business, so he took the parts relegated to the horsedrawn plowshares to the junkyard, selling them for scrap. It was around that time Joe began making The Bush-Whacker Mower, patterned after the Corsicana Mower, a rotary mower built in Corsicana, Texas. Shortly thereafter, Joe received his patents and began selling Bush-Whackers to the various highway transportation departments throughout Arkansas.

In 1969, Joe Steinert wanted to retire, so he contacted his friend Dick Hall, a crosstown manufacturer who had been making industrial-sized storage tanks since 1952. Dick was not interested, but two weeks later his son Bob was, after hurting his back at his water-well business in Hamburg, Arkansas.

In 1969, Bob Hall acquired The G. L. Turner Company, continuing to service the Arkansas Highway Departments, expanding to the Mississippi DOT’s in year two, and never looking back after that!

From 1969-1994, Bob sold only 5′ & 6′ cutters, referred to today as the ST-6010 and ST-7210. All along, Mr. Hall developed an excellent reputation, not only for his integrity but for building quality rotary cutters that were notoriously tougher and heavier than the competition. 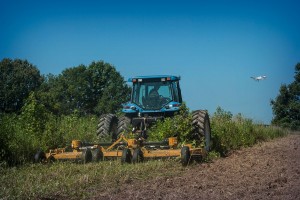 Mr. Hall brought his son Robert aboard in 1990, shortly after Robert graduated from Christian Brothers University in Memphis with his engineering degree. Robert was named President of the company in 2002. Robert’s innovation and engineering insight has enabled Bush-Whacker to expand its plant size, add new products like Boom Cutters, unveil the legendary smooth top series featuring the ST-180, and broaden its core business from mostly highway departments to the agriculture markets. Robert’s accomplishments have made Bush-Whacker a national brand and a true force to contend with in the rotary cutter market.

Today, Hall Manufacturing continues its legacy as a family-owned business, with the support and guidance of Robert Hall as President. Bush-Whacker proudly hand-crafts its rotary mowers and supports the local community by hiring skilled craftsmen. The Bush-Whacker heritage that began in the 1950’s lives on today priding itself on building heavy-duty cutters that are attractively priced!